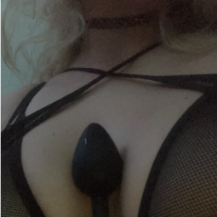 "Some of the issues I’ve faced and noted include: 1. Pinning new/incoming private messages to the top of your list in order of most recently received. This makes .."

Some of the issues I’ve faced and noted include:

1. Pinning new/incoming private messages to the top of your list in order of most recently received. This makes it easier to scan for new messages at a glance, rather than scrolling through your list looking for the red notification dot.

2. When viewing a person’s profile via a group, it would be nice to return to the group chat feed when backing out of the users profile, instead of being sent back to your own chat list.

3. Basic information available for viewing when clicking on someone’s profile. So many times I’ve accepted a request from a user purely because their name and profile pic led me to believe that they were female, however later revealing that they are male. I don’t believe it’s done with intent but many men seem to use their submissive’s pic as a tribute which in turn is misleading, a simple profile stats such as username, age range, gender would help avoid such situations.

4. Being able to use special  characters such as ‘+’ when creating groups would be great. I have my own group, which I like to keep as 21+ group, currently I can’t add in the + symbol.

5. Pop up notifications which make transitioning from group chat to pms and visa versa more streamlined, providing that the user could return to the chat they were in at the time of clicking on the incoming notification.

6. I’d love love LOVE if I could scan down through the 800+ messages that have happened in a group while I’ve been offline without the feed jumping to the end. Currently I either long hold the screen to avoid being dragged down to the bottom of the feed again every time  a new message comes it, other times I have to quickly switch over to airplane mode to read down through my messages.

7. Another catching up issue In groups. When pics are posted and I swipe back through them, I think it would be great  we could see the persons thumbnail or username on the bottom of the pic. This will save people from having to do the scrolling/long holding thing o mentioned in my previous point when trying to identify who posted what pics/memes whichever.

8. Open link feature would be helpful, currently I’m copying the links people send me and pasting into my browser.

9. Pic preview before sending would also prevent accidental sharing of pics. For example, I went to post a pic in a group, my gallery didn’t populate, so when I went to click the pic I wanted to post it accidentally posting a pic which had personal information on it. Thankfully there is the recall feature but had there been a pic preview feature I’d have been able to avoid accidentally posting my personal data.

Hello Anonobunni,
first of all, thank you for this detailed feedback!

I will forward your feedback to our developer. There are some good points that probably will be added to the app.