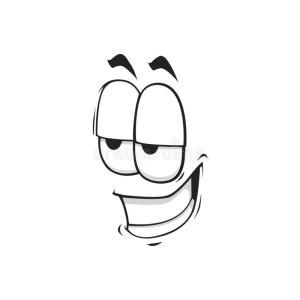 "*Variables: 'Vibration' and 'Air pump' 1. Allow users in pattern edit mode to 'lock' one variable, then when the video plays be able to edit the other variable. .."

1. Allow users in pattern edit mode to 'lock' one variable, then when the video plays be able to edit the other variable.
Lets say a user is happy with the 'Vibration' of their pattern but want to change the 'Air' variable. They cant do that without the completed 'Vibration' rhythm unintentionally changing. It would be intuitive to let us 'lock' a variable. This way, when continue editing the pattern, we can make the changes we want to the variable that remains 'unlocked' without the work we did on the other completed variable being altered.

2. Add some of the features from the pattern creator in lovense remote into Lovense media player such as; Premade patters (pulse, wave, etc), the ability to have a pattern repeat automatically, and any other useful feature. This will enable faster production of patterns, greater consistency and improved quality as we don't have to make everything ourselves. It is also very convenient for when we want a pattern to repeat for long stretches of time because right now we have to manually give the input.

3. Allow greater "fine tuning" of our patterns after we input them. Instead of the user needing to remove the input and redo them.

Here is the simplest way I can explain this... Right now when we want to change an input we have to delete the mistake.

So.. I want to input 'W', I input 'M' by mistake, only way to fix right now is *delete* the 'M' and *then* input 'W'.  [Think of the letters I type as rhythms in the LMP pattern creator, so they are lines representing changes in 'vibration' or 'air pump']

Instead: Allow me to 'fine tune' my 'M' into a 'W' (or any other rhythm; U. V etc) so this removes the need to delete it. This will allow me to correct errors by making adjustments to the incorrect rhythm, instead of needing to delete the section and do it from scratch.

This will allow the user to make precise changes to small parts of their pattern without the to redo large sections around the error as well, which improves efficiency and gives us more control.

4. Add in a way for users to get an idea of the intensity/rhythm of the vibration, apart from just looking at the lines or having a stroker connected. I suggest an auditory representation of the vibration pattern that mimics what it would sound like if the stroker was on and executing the pattern.

The reason why I suggest this is that. personally, I cant always have my Max 2 out in the open and on when i'm creating a pattern, they are loud! So, right now, i'm totally just looking at the pattern line in the software to guesstimate. It would be nice if there was an auditory representation of what I would hear were the Max 2 on and the vibration being executed. This way I can have a better idea of whether the pattern would feel right, despite not having my stroker on, then I can test it out for real when its more convenient.

This is actually really important because, sometimes, particularly for very fast rhythms, the stroker wont actually execute the rhythm wholly, because the vibrators cannot switch intensity fast enough, hence if I can hear the rhythm it will be easier to tell if my rhythm speed exceeds that threshold and needs to be slowed down. Because visually by looking at the lines it can look fine but not actually work on the stroker.

5  Make it easier for people to find public patterns + their associated video on Lovense Media Player. I don't know how from a technical standpoint as i'm not a programmer or anything, but as a consumer I can say that it is nigh impossible to download a xxx video online randomly and for it to conveniently have had a pattern made for it already on LMP. 99.9999999999% of the time, there will be no public pattern for the imported video and you will have to either just give up on Lovense media player or make your own, which is tedious and time consuming. There needs to be improved interconnectedness of users in LMP,  a way for people to know the videos to download and import that have an already made pattern available 100% of the time.

Lovense Media Player cant truly shine until this HUGE flaw is resolved. I don't know how you're gonna do it, but this cannot be ignored.

6. This one is kind of off but so very important that I'll add it... we need the Max 2 and other similar products to be compatible with free interactive videos on the likes of PH. I bought mine expecting this would be a basic feature, so you can imagine how shocked I was when it simply didn't work and there is NO workaround, I spent hours doing the research. (Well there was some obscure, convoluted avenue involving me downloading softwhere that was behind a paywall and no way for me to test out whether it actually worked so I chose not to pursue that)

The only software my max to responds to (outwith the mobile app), with vibrations and air pressure is Lovense Media Player (where its practically impossible to find premade work) and the Adult RPG 'Wild Life'.

Sadly, 'Mirror Life' is bare bones, because the max 2 does not actually do anything, no vibrations or contractions, all that happens is that the male character on screen moves sometimes when I move my stroker, and that's not even in sync most of the time. From my research that's how the game was designed which in my opinion was a terrible decision, I would be willing to pay for a game that actually uses the full capabilities of the masturbator.

We need more games that are like 'Wild Life', games that put the incredible functions of the Max 2 to good use, its really impressive.

So two important improvement I feel should be done:

a) Lovense Max 2 compatibility with interactive videos on PH and other similar sites should be implemented, asap.

b) An overhaul of the 'Mirror Life' experience (paid only if necessary) or the production of an improved sequel.

I  want to make clear that i'm a big fan of lovense products, and im really excited to see how things will develop in the coming years. I spent the time making this feedback because of my engagement with the product and desire to see things get even better. Nothing I have typed is out of spite or malintent, truly.

Hopefully this feedback is robust and understandable enough to be useful, but if anything is not, feel free to ask for clarification. Thank you for reading!